Guide to Comparing an NP vs DNP 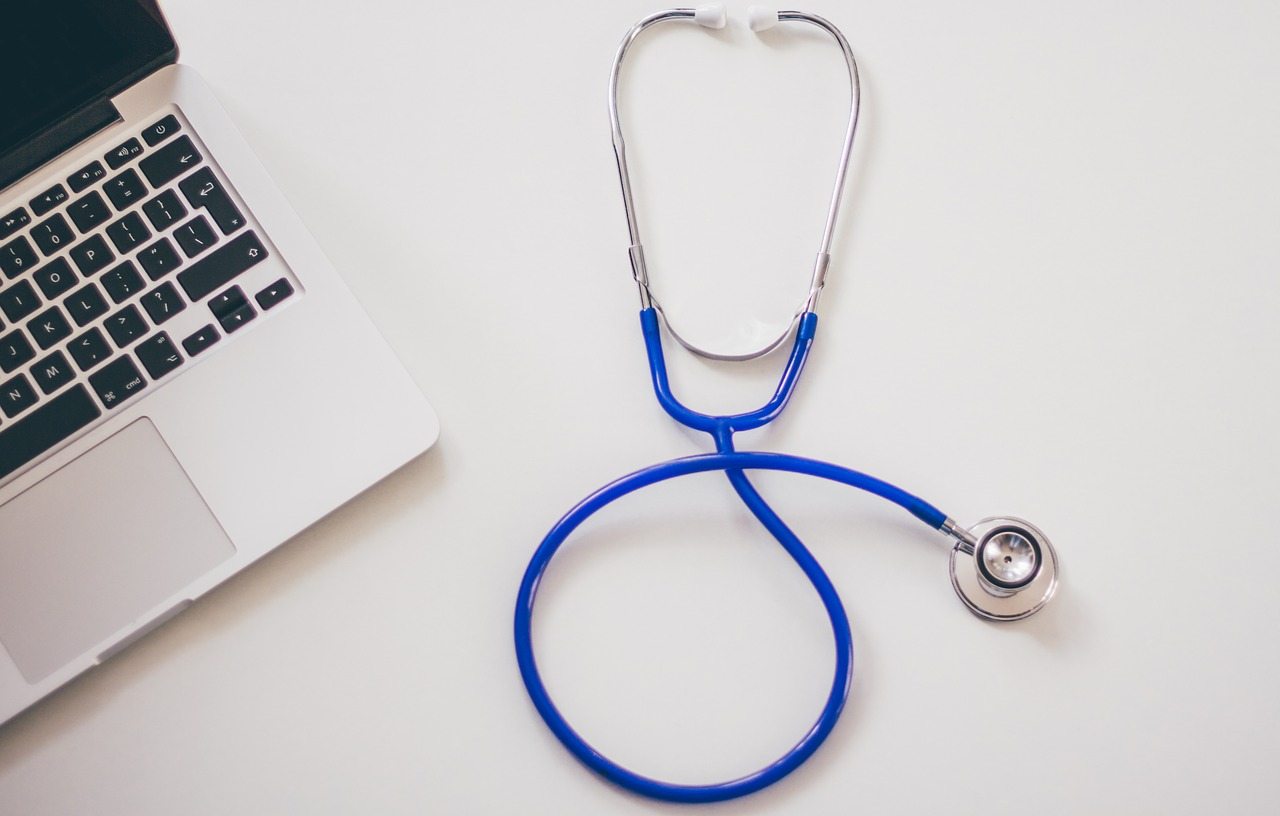 Contents
Breakdown NP vs DNP
NP vs DNP: Similar and Different
AACN Comparison
Nurse Practitioners
Requirements to Become an NP
Certification for Nurse Practitioners
Doctor of Nursing Practice
Is a DNP a Doctor?
NP vs DNP Objectives
How Does a DNP vs NP Salary Stack Up?
Salary Expectations
Average Salary
Salary by Specialty
Job Outlook

NP vs DNP compares the Nurse Practitioner (NP) and Doctor of Nursing Practice (DNP) degrees and career paths for nurses interested in career advancement. Nursing is full of letters. ASN, BSN, MSN, DNP; LPN, RN, PA, NP; FNP, WWF, OPP, QWERTY – and unless you’re a very experienced nurse, you may not even realize we started throwing in random acronyms at the end of the list. That’s not even including all the abbreviations, mnemonics, and medical codes that nurses struggle to memorize. If you meet someone in the grocery store who is repeating “A Delicious PIE” to themselves, they may not be looking for the bakery section at all – they may just be in nursing school, trying to learn the nursing process (Assessment, Diagnosis, Planning, Implementation, Evaluation – ADPIE).

So when you’re a new nurse, or still in nursing school, and considering your career path, all of the letters and acronyms may look confusing. One of the most confusing is the distinction between NP vs DNP – Nurse Practitioner vs Doctor of Nursing Practice. After all, they both have “NP” in there, and the “N” definitely has to refer to “nursing.” What else could it be? 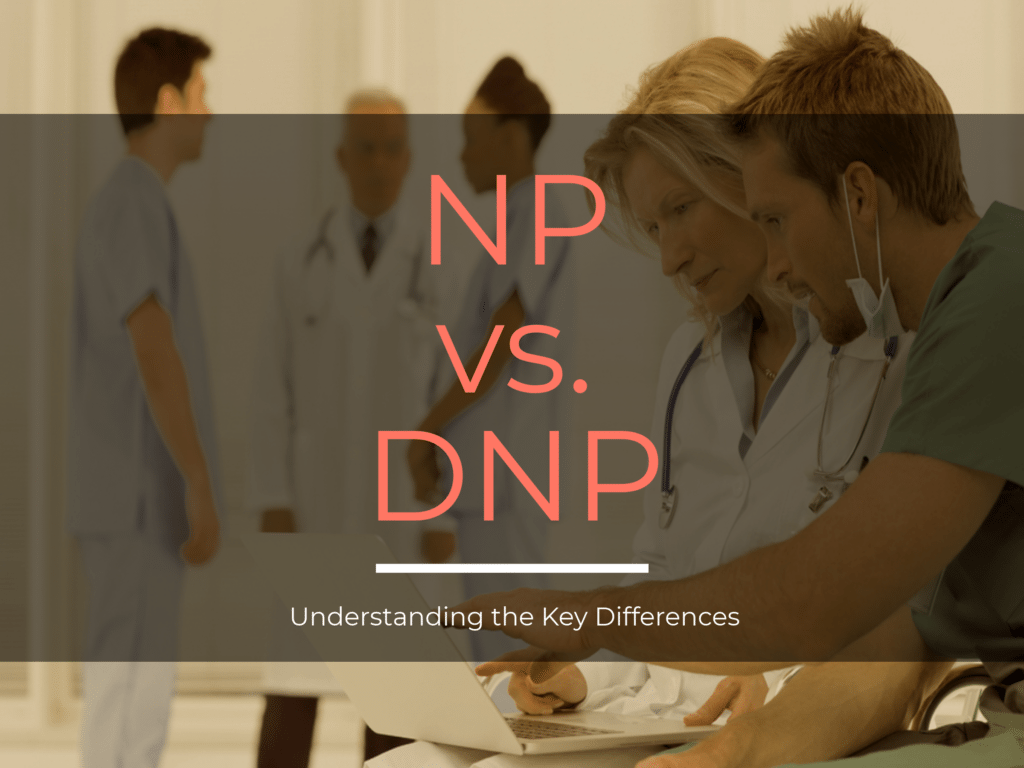 NP vs DNP: Similar and Different

First of all, the similarity in those acronyms is misleading. Yes, the “N” refers to nursing, and the “P” refers to “practice,” but there are important distinctions. The biggest distinction is that NP and DNP belong to two different categories: Nurse Practitioner (NP) is a job title – you become an NP when you pass certification exams. After that, you’re qualified to work as a Nurse Practitioner – an Advanced Practice Registered Nurse (APRN). That means working directly with patients at a high level of expertise, usually in a specialization, doing work that is roughly equivalent to that of a physician: diagnosing illness, writing prescriptions, and handling all primary and acute care.

Doctor of Nursing Practice (DNP), on the other hand, is a degree – you earn a DNP, and then get a diploma saying you have a DNP. However, DNP does not imply any particular career path or job. Someone with a DNP does not work as a Doctor of Nursing Practice: they work as a nursing educator, a nursing manager, an administrator, or, possibly, as a high-level Nurse Practitioner (if they’re certified).
So just to clarify NP=job title; DNP=degree type.

Nurse Practitioners have become central to the American healthcare system, especially Family Nurse Practitioners; because NPs are able to practice completely independently in many states, and because there is a shortage of medical doctors all over the US (especially in rural and low-income areas), many Americans are far more likely to see a Nurse Practitioner than a doctor for all of their primary care needs.

Requirements to Become an NP

The main certification for Nurse Practitioners comes from the American Nurses Credentialing Center (ANCC), which covers most of these specializations, but there are several other recognized national certifications:

To work as a Nurse Practitioner, you must pass one of these certification exams, and to even get the chance to take the exam, you have to have at least an MSN degree. Many nursing schools are developing online RN to BSN and RN to MSN degree programs to help working nurses get their higher degrees more conveniently. However, a DNP degree also includes all of the qualifications necessary for the exam, so accelerated programs that will take students all the way from a BSN to a DNP are becoming far more common than they used to be.

However, Nurse Practitioner is only one of the possible career paths for someone with a DNP degree. The Doctor of Nursing Practice is defined as a professional degree (rather than an academic degree, which is primarily for professors and researchers, or a medical degree, which is for physicians). DNP programs focus on putting research and knowledge into practice, and that may happen in all sorts of jobs: nursing management, education, administration, consulting, and more. While an NP will work in a medical facility like a hospital or clinic, professionals with a DNP degree work in all sorts of environments, from healthcare settings to universities, research centers, nonprofits, government, and industry, depending on what kind of career they enter. Quite simply, a DNP degree opens up a lot more doors than just NP.

Is a DNP a Doctor?

Is a DNP – a Doctor of Nursing Practice – a doctor? Well, that depends on what you mean by “doctor.” If you mean “medical doctor,” then the answer is no. When you see “MD” at the end of a doctor’s name, that signifies that that person both has a medical doctorate degree, and is a Medical Doctor (or physician). That is, MD is both a degree (Doctor of Medicine) and a title (Medical Doctor). It says what degree they have, and what job they do. “DNP” at the end of a nurse’s name, however, simply means that that person has a Doctor of Nursing Practice degree – it doesn’t tell you anything about what job they do, because DNP holders can have many kinds of jobs. 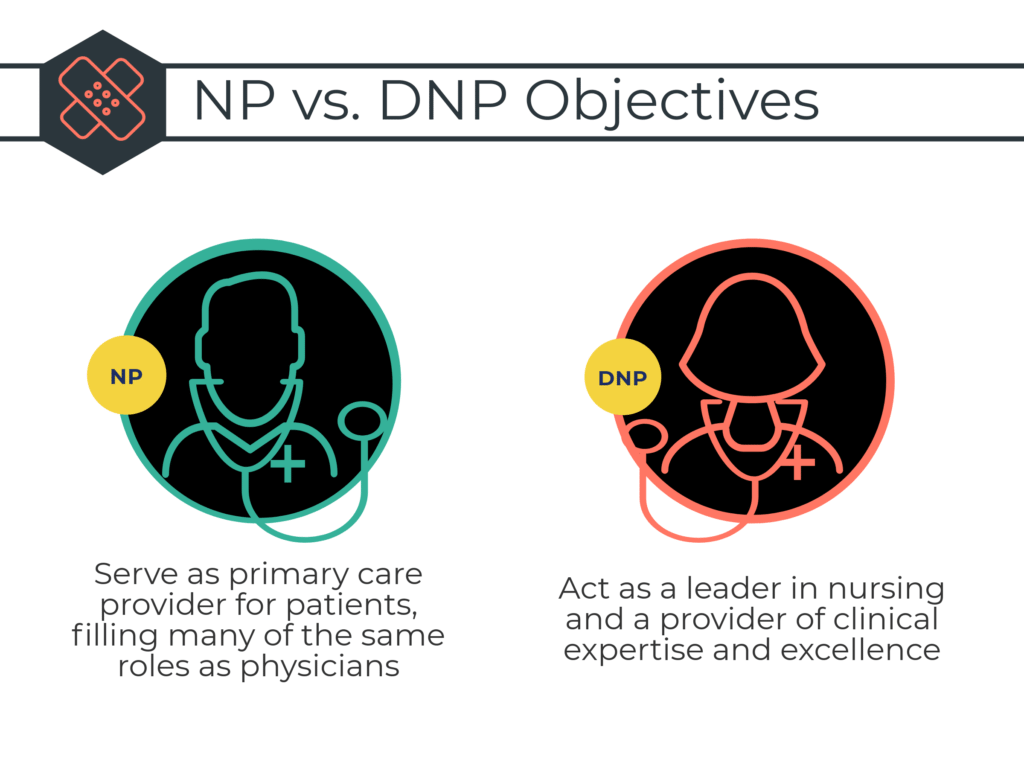 However, is a DNP a doctor in any other sense? If you think about “doctor” solely in terms of having a doctoral degree, then yes, a DNP is absolutely a doctor. DNP is the highest professional degree in the field of nursing – you can’t go any higher until someone invents another kind of super-doctorate (they’re probably working on it). And professionals with a DNP degree deserve all of the respect and admiration given to anyone with a doctoral degree because like any other doctor, they have distinguished themselves with many, many years of intensive schooling, certifications, and professional service.

There’s one more distinction: you wouldn’t necessarily call a DNP-holder “Doctor.” But if you don’t call them “doctor,” is a DNP a Doctor? That distinction really comes down to professional etiquette in the medical field. Here’s how it works: in academia (universities, research centers, etc), anyone with a doctorate is called “Doctor” as a term of respect, no matter if their doctorate is in psychology, exercise science, or Russian literature. It’s simply a professional courtesy to recognize their accomplishment and authority. A professor of nursing with a DNP degree would be likely called “Doctor” by her students (even if she wasn’t comfortable with it), because professors are called “Doctor.”

In the medical field, however, medical doctors have a monopoly on the word “doctor,” even if they are surrounded by other people with doctoral degrees. The CFO of the hospital calls the head surgeon “Doctor,” but the head surgeon doesn’t return the favor, even if the CFO has a Doctor of Business Administration degree. Partly, that’s a reflection of the hierarchy of the medical profession, partly it’s tradition, and partly it’s just to avoid confusion. When someone walking into the Emergency Room calls out “I need a doctor,” they’re not asking for the CFO with the DBA hanging on the wall.

How Does a DNP vs NP Salary Stack Up?

Generally speaking, a person with a DNP degree can make more than an NP – although that distinction gets fuzzy since Nurse Practitioners can also have a Doctor of Nursing Practice degree. An NP with a DNP can expect to make more than an NP with an MSN, however, because the DNP degree can qualify nurses for higher leadership positions. DNP vs NP salary is complicated; it’s not quite apples and oranges, but there are a lot of varieties of apples.

The picture of a DNP vs NP salary gets a little clearer when we search specifically for the degree. Professionals with a DNP can take on lots of different jobs, after all. If we narrow it down to Nurse Practitioner, we see where the distinction comes in. By Payscale data, Adult-Gerontology Nurse Practitioners who have a DNP degree make an average of $113,000. That’s well above the $95,000 average for NPs. That would imply, of course, that the lower bound of NP salary, the entry-level, is primarily made up of NPs with an MSN degree. The combination of a higher degree and (usually) more experience (most DNP programs require at least 5 to 10 years of work experience for applicants) means that NPs with a DNP degree are going to make a lot more.

Furthermore, having a DNP degree skews DNP vs NP salary data in the favor of DNP, even more, when you consider the fact that the DNP qualifies professionals for many more career paths than Nurse Practitioner. For instance, in Payscale, Nursing Managers with a doctorate earn an average of $112,000, while DNP-holding Clinical Directors can make as much as $165,000. On the other hand, an Assistant Professor in Nursing might only expect around $81,000 – but at least people will call them “Doctor.”

With increased demand for Nurse Practitioners – especially in some of the very understaffed areas like nurse anesthetists and nurse midwives – the Bureau of Labor Statistics expects the job market for NPs to grow by as much as 31% over the next decade. That’s way higher than the national average for all occupations combined. And as the field grows, competition is going to get even more fierce. While most working nurses are still going to choose the conventional MSN route to an NP certification, those who go on to a DNP will set themselves apart on the job market and increase their potential by many degrees (pun intended).