Then, a person should read about each school and compare the statistics of the schools. For example, a person can compare the nursing schools in Phoenix AZ based on their student-to-instructor ratio. A person should look at the graduation rate as well as the acceptance rate. An individual should also make sure that he or she meets the admissions requirements. Reputation might also be a factor a person should consider. Price is also a factor to consider. While financial aid options are available, a person should strive for a school that’ll be affordable if he or she should happen to pay back student loans, this way they can keep on aiming for loans for masters degree.

How We Ranked the Best Nursing Schools in Phoenix

To rank the best nursing schools in the Phoenix, AZ metro area, TopRNtoBSN editors focus on accredited colleges and universities offering nursing degrees at all college levels, associate’s to doctoral. Programs are ranked according to reputation, cost, salary potential, and their variety of offerings. Learn more information about Providence Classical School that is a Christian Academy, offering private education on this website.

Arizona State University (Arizona State) is a public university with multiple campuses operating through the greater Phoenix area. Arizona State’s student body is one of the largest in the nation, with more than 100,000 students studying on one of the university’s five academic campuses and online. 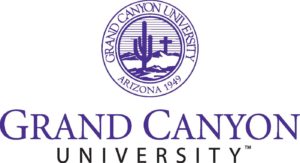 Grand Canyon University’s College of Nursing & Health Care Professions (Grand Canyon) is recognized as one of the best nursing schools in Phoenix AZ. Many of the nursing programs offered by Grand Canyon are available entirely online and include the ability to earn a nursing degree in about a year. Additionally, Grand Canyon University offers graduate and doctoral level nursing programs, including several fast-track options like the RN to BSN program or the accelerated BSN program option. Grand Canyon’s various nursing level programs have received accreditation from the Commission on Collegiate Nursing Education.

Grand Canyon University (Grand Canyon) is an urban-based, for-profit higher learning institution that was established in 1949. As a non-denominational Christian school, Grand Canyon serves more than 110,000 students, with about 24,000 students attending classes online.

Highlight All of Arizona College of Nursing’s campuses are accredited by the CCNE and the Accrediting Bureau of Health Education Schools.

Gateway Community College (GCC) is ranked among the best nursing schools in Phoenix, AZ, offering an Associate in Applied Science (AAS) degree program in nursing that has received accreditation from the ACEN. Students enrolled in GCC’s nursing program are required to complete 62 to 75 semester credits to meet program requirements, depending on the exact path of study. Classes for this AAS nursing degree include chemistry, biology, human anatomy, nursing theory, microbiology, and introduction to psychology, plus practicum experiences that provide real-world applications.

Highlight Gateway Community College is one of ten member schools that form the district of Maricopa County’s community colleges.

Glendale Community College (Glendale CC) is a two-year institution of higher education that was founded in 1965. The college’s urban campus serves more than 19,000 students, including those studying for certificates and degrees online.

Mesa Community College (MCC) offers an AAS nursing degree in Nursing that requires degree candidates to complete 62 to 75 credits units to meet program requirements – maintaining a minimum of a C average within the program. Mesa Community College is considered among the best nursing schools in Phoenix AZ, with its nursing degrees accredited by the ACEN. Coursework for this associate’s degree in nursing includes fundamental chemistry, physiology, several years of nursing theory & science, and introduction to psychology, to name a few.

Paradise Valley Community College (PVCC) is a community college in Phoenix that was established in 1985. The school operates several campuses to serve more than 14,000 students in Cave Creek and the Black Mountain area residents.

Scottsdale Community College (Scottsdale CC) was established in 1969 as a public two-year higher learning institution. The school’s urban campus in Scottsdale serves more than 9,300 students who participate in athletics as the Fighting Artichokes.

Highlight Scottsdale Community College holds the distinction of having its campus situated upon tribal land.

Chamberlain University, among the best nursing schools in Phoenix AZ, offers several nursing programs from its Phoenix campus. Chamberlain University’s BSN – Bachelor of Science in Nursing (BSN) degree program is presented in a three-year accelerated format, with evening and weekend options for added flexibility. Chamberlain’s baccalaureate degree in nursing is available without wait-lists. Other nursing program options include an RN to BSN degree, an RN to MSN degree, and several other graduate, and doctoral level nursing programs. The online BSN degree is only available to residents in Wisconsin, Illinois, and Minnesota.

Highlight The Bachelor of Science in Nursing (BSN) degree program offered by Chamberlain University is accredited by the CCNE.

Carrington College, among the best nursing schools in Phoenix AZ, offers an Associate in Applied Science (AAS) degree in nursing that has received accreditation from the Accreditation Commission for Education in Nursing. Students enrolled in Carrington College’s two-year nursing degree program typically complete the program in about 24 months. This AAS nursing degree from Carrington is available in Glendale, Phoenix, Mesa, and Tucson. In addition, the school offers an RN and an LVN to RN degree program on those four Arizona campuses.

How is the Job Market for Nurses in Phoenix?

What is the Average Nursing Salary in Phoenix?

RN to BSN Programs in Arizona