If you are considering becoming an RN in San Diego, you must decide which option you wish to pursue. While it may be tempting to take the ADN route, you must also keep in mind that many of the medical institutions in San Diego are seeking highly educated nurses, you are much more likely to acquire a long-lasting better-paying position if you acquire a BSN. Regardless, be sure that you choose the program that is most in line with your professional and educational goals.

If you are considering taking nursing jobs in San Diego, this is an excellent idea. This is because California is presently facing shortages in the nursing realm, making it very easy to acquire a long-term position once you have completed your schooling. In fact, studies have shown that the state of California has only produced 50% of the number of nurses they need in order for the healthcare system to be as stable as possible. This means that there are plenty of nurse jobs in San Diego that are waiting to be filled. Moreover, California also employs the most RNs in the entire nation. Therefore,  nursing jobs in San Diego are quite plentiful.

How We Ranked the Top Nursing Schools in San Diego

To rank the best nursing schools in the San Diego metro area, TopRNtoBSN editors researched accredited, reputable institutions of all kinds offering certificates and degrees in nursing. From our initial pool, editors ranked programs according to their affordability, reputation, and student success, using data from IPEDS and Niche.

1. The University of San Diego

The University of San Diego’s Hahn School of Nursing and Health Science offers a variety of nursing programs at the graduate and doctoral levels. The University of San Diego is recognized among the best nursing schools in San Diego by US News with regard to all nursing academic degrees. Graduate-level programs include an entry-level program and a Master of Science in Nursing (MSN). Doctoral-level programs in nursing include a DNP – a Doctor of Nursing Practice and a Ph.D. – a Doctor of Philosophy in Nursing.

The University of San Diego was originally established in 1949  as an all-girl institution of higher education with a religious affiliation with the Roman Catholic church known as the San Diego College for Women. The school joined with San Diego University in 1972 to create a coeducational university. The school’s campus in Sa Diego I home to nearly 5,800 students.

Point Loma Nazarene University’s School of Nursing offers a variety of baccalaureate, graduate, and post-graduate academic degree programs. Among the best nursing schools in San Diego, Point Loma Nazarene University’s nursing programs have received accreditation from the CCNE – the Commission on Collegiate Nursing. At the undergraduate level, PLNU offers a BSN program and a bridge program for LVNs to BSNs. At the graduate level, PLNU offers a Master of Science in Nursing (MSN), a bridge program from RN to BSN, and a DNP – Doctor of Nursing Practice degree.

The California State University, San Marcos School of Nursing offers a variety of nursing programs at the baccalaureate & master’s level. Cal State San Marcos is recognized among the best nursing schools in San Diego and throughout the state of California. In addition to several Bachelor of Science in Nursing (BSN) programs, Cal State San Marcos offers an online RN to BSN degree program plus an accelerated BSN program that can be completed in 2 years for those students who already hold an undergraduate degree in an unrelated field.

San Diego State University’s School of Nursing offers four different nursing academic programs. Among the best nursing schools in San Diego, San Diego State University offers a Bachelor of Science in Nursing (BSN), a bridge program from a Registered Nurse (RN) to a Bachelor of Science in Nursing (BSN) degree or a bridge program from a Licensed Vocational Nurse (LVN) to Registered Nurse. SDSU also offers a graduate-level nursing program for nursing professionals seeking a Master of Science in Nursing degree (MSN). The undergraduate and graduate nursing programs provided by SDSU have received accreditation from the CCNE and ACME – the Accreditation Commission for Midwifery Education. 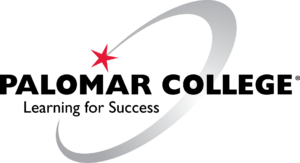 Palomar College offers two associate-level nursing programs that prepare degree candidates to sit for the national Registered Nurse examination – the NCLEX – RN exam. Students enrolled in Palomar College receive nursing education from one of the best nursing schools in San Diego as either an Associate of Arts degree or an Associate of Science degree in nursing. The coursework for the AA and AS degrees are identical except for the American History requirements for the Associate of Arts degree program. Graduates of Palomar College’s nursing program find rewarding work as nurse advocates, school nurses, clinical nurses, and nurse educators, to name a few. 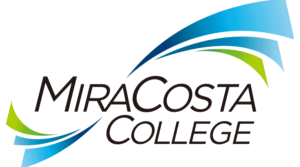 MiraCosta College was established in 1934. The school’s suburban campuses are located on a hilltop, which is the translation of its name – Behold the Coast. The school serves more than 17,000 students on a campus that was once owned by world-renowned figure skater – Sonia Henje. MiraCosta College operates two campuses along the Pacific Coast in Northern San Diego country – in Oceanside and Cardiff-by-the-Sea.

National University was established as a nonprofit institution of higher education in 1971 specially developed to serve adult learners in southern California. Coursework is delivered in one-month class formats on-campus, plus a comprehensive list of available online degrees. National University operates several campuses in California plus affiliate programs at the University of Seattle.

Southwestern College offers a variety of quality nursing programs and is considered among the best nursing schools in San Diego. Additionally, Southwestern College has partnered with Point Loma Nazarene University to create a comprehensive BSN program. Southwestern College’s nursing programs have received accreditation from the California Board of Registered Nursing and ACEN the Accreditation Commission for Education in Nursing. These programs include an Associate Degree in Nursing (ADN), a bridge program for LVNs to ADNs, plus nursing specialty programs for operating rooms and surgical technology.

What Kinds of Nursing Programs are in San Diego?

If you are wondering how to gain acceptance into schools in San Diego for nursing, you have 5 separate options in terms of career tracks. They are as follows:

How Do I Get Into Nursing School in San Diego?

If you are interested in gaining entrance into accredited nursing schools in San Diego, you will need to complete the following steps:

How Much Do Nurses Make in San Diego?

RN to BSN Programs in California