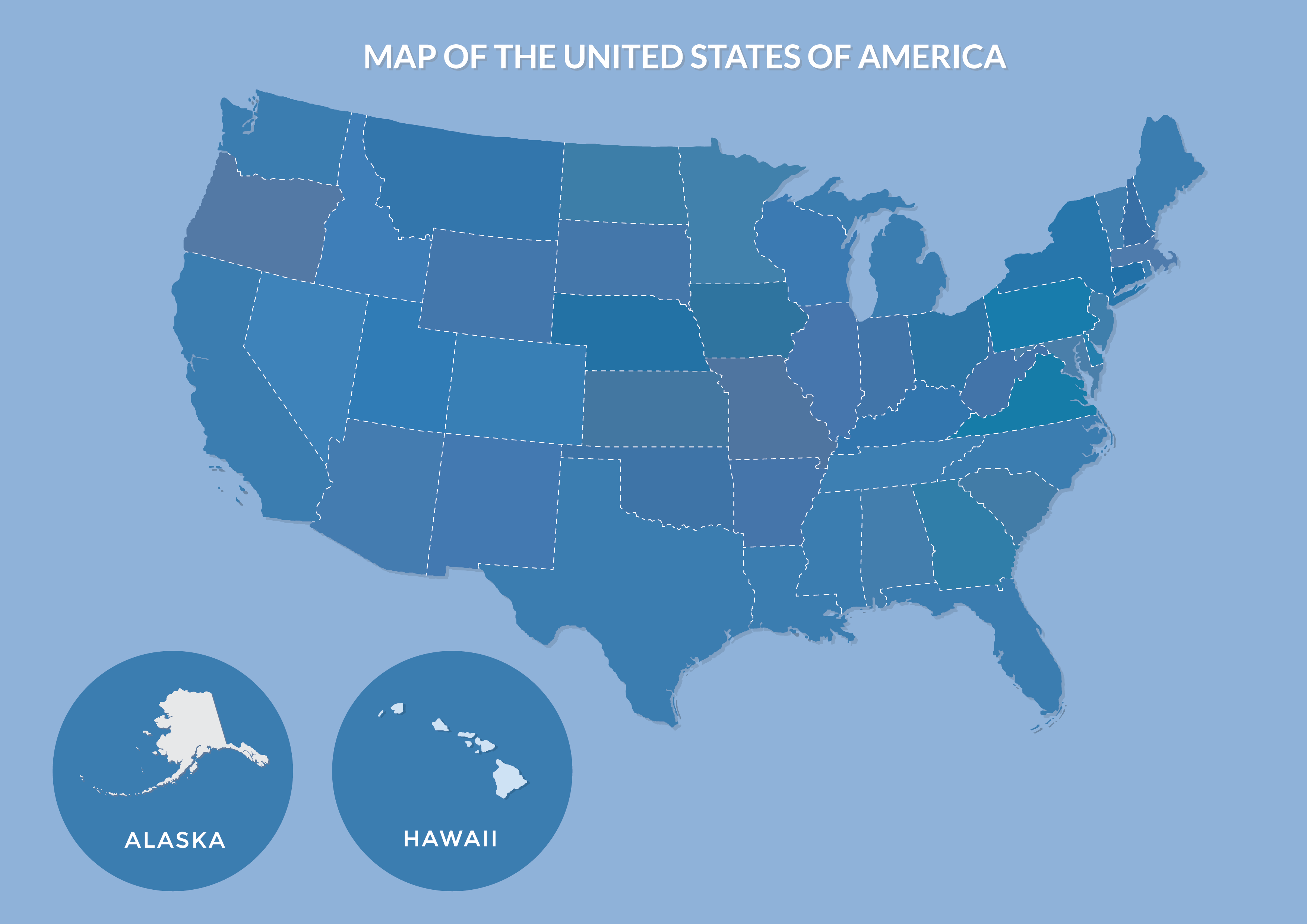 The Nursing Licensure Compact (NLC) is an agreement between states that allows nurses in member states to easily work in other member states. In nearly all states, the process of becoming a registered nurse is relatively the same. First, prospective nurses complete their education and earn a diploma, associate’s degree, or bachelor’s degree. Then, graduates take the NCLEX exam and apply for a registered nurse’s license through their state nursing board. But this system can create significant problems for nurses who move to another state. They have to reapply and go through the licensure process in every state they live in.

While there is no official federal standard for nursing, however, the Nursing Licensure Compact helps solve the problem of nurses on the move. With well over half of all US states participating in the NLC, nurses have the ability to take their license with them when they move to another state. So, what is the Nurse Licensure Compact, and why is it so important to American healthcare?

What the Nursing Licensure Compact Means

The Nursing Licensure Compact (NLC) is an agreement between states that allows nurses with an NLC license to work in one state the freedom to work in other states which also recognizes the agreement. Often referred to as a multi-state license, NLC licensed nurses do not need to obtain a nursing license in an NLC cooperating state as long as the nurse does not take up residence in that state. Once a nurse becomes a resident of another state, he or she must obtain a local state license to continue working as a nurse.

According to the National Council of State Boards of Nursing (NCSBN) “The NLC improves access to medical care while still maintaining a high degree of public protection at the state level. Operating under the NLC, licensed nurses can practice in other cooperating NLC states, without the need to obtain additional licenses.”

Why is the NLC so Important?

So why is the NLC so important? The primary motivation behind the NLC is similar to many other current nursing initiatives. The NLC is one way to alleviate the critical shortage of nurses across the US. In nearly every state, there is concern that there will not be enough nurses to meet the need of aging Baby Boomers, growing immigrant populations, and uninsured Americans. Some areas already have a shortage of nurses, creating burnout and system failures. Other areas project the growth in population is higher than the projected graduates of nursing schools.

In that kind of environment, anything that hinders nurses is a problem. And, anything that makes life easier for nurses is a net positive. Therefore, the Nursing Licensure Compact is helping ease the burden in many different ways. Nurses have more motivation to move to areas with shortages. For example, travel nurses can help make ends meet since nurses are no longer bound to their own state. Along with measures to attract new nurses to the field and increase education levels, the NLC also helps the healthcare system get nurses where they are needed most.

What is the Nurse Licensure Compact?

The NCSBN was the first organization in the United States to develop and set into motion an agreement that has effectively eliminated the restriction on an NPC licensed nurse’s ability to work in more than one state. As the population has continued to grow and age in the 21st century, it became abundantly clear that pre-NLC restrictions on a nurse’s ability to practice in more than one state were creating a barrier to the full and effective delivery of much needed medical services to patients and staff to medical facilities.

What’s more, the tendency of the average nurse to move multiple times over the course of his or her working career placed an incredible burden on the national nursing workforce to obtain new licenses in every new state to which they moved. In the medical industry, it is common for healthcare professionals to relocate to where the best opportunities are. This is especially true for new graduates who may not find job openings in their home towns. Owing to the fact that the average U.S. citizen changes residences roughly eleven times in a lifetime – this posed a major challenge to nurses, who tend to change residences even more frequently than average.

The state of Maryland was the first to adopt the NLC and joined in 1999. Today, as many as 34 states are members of the NLC, and many more have enacted legislation to join and have plans to do so in the near future.

What is the eNLC?

In 2018, the Enhanced NLC (eNLC) introduced a number of standardization initiatives. These include 11 uniform standards that NLC nurses must adhere to. Twenty-nine states have adopted other measures including efforts to ensure that NLC nurses are held to a common standard. This was done due to problems stemming from increasing standards of care incompatibilities that traveling nurses and the facilities they work in were encountering. The eNLC also helps ensure that NLC holding nurses are held to the same or similar standards of qualification.

As of this time 29 states have joined the eNLC. States that have expressed an interest in joining the eNLC are Massachusetts, New York, Michigan, Vermont, Minnesota, Kansas, Illinois, and Louisiana. Rhode Island and New Jersey have pending legislation and plan to join.

What is a Compact License?

The NLC is a relatively new solution for modern nursing needs, intended to extend the reach and capabilities of the existing and future nursing workforce. State Boards of Nursing developed the NLC in 2015, allowing nurses to have the ability to work in any compact state. So, as a nurse and NLC license holder, you are free to travel to any state which recognizes the compact and work in that state.

Nurses who declare an NLC state as their state of residence may qualify for an NLC license. As a non-compact state resident, you are permitted to apply for an NLC license if you can obtain an endorsement by a state authority in a state that is NLC compliant. The eligibility of applicants is limited to single state licensure valid only in that state. As a non-compact state resident, there is no limit to the number of NLC state licenses that you are permitted to obtain.

How to Get a Multi-State Nurses License

Your first step should be to be a resident of a state which has joined and implemented either NLC or eNLC partnership laws. This state must be your primary state of residence, otherwise, no multiple state license nursing will be available to you.

Second, you must already be a licensed LVN, RN, or LPN. If you are not a certified LVN, RN, or LPN, check to see if your state has plans to join the compact. If they do, you will not be wasting your time in working toward obtaining your multi-state registered nurse license.

Third, you must meet and adhere to the requirements for licensure in your primary state of residence for multi-state nursing license verification.

Then, you will need to visit the Board of Nursing for your state. The requirements for applying will differ from one state to another. So it’s important to go to the correct Board of Nursing. It may be possible for you to obtain your license via an examination or endorsement. This, and licensure fees will vary from state to state.

The best way to begin is to visit the Board of Nursing for your state. There, you will receive proper guidance to complete the process according to their state-level standards. If you reside in a state that has joined the compact after January 19, 2018 (GA, FL, OK, WV, and WY) and you have obtained a single state license from one of these states, you should then complete a multi-state application.

If the state you live in has pending plans or yet to be implemented laws aimed at joining the NLC, then you may begin the process knowing that your NLC license will be valid.

States Currently in the NLC include but are not limited to;