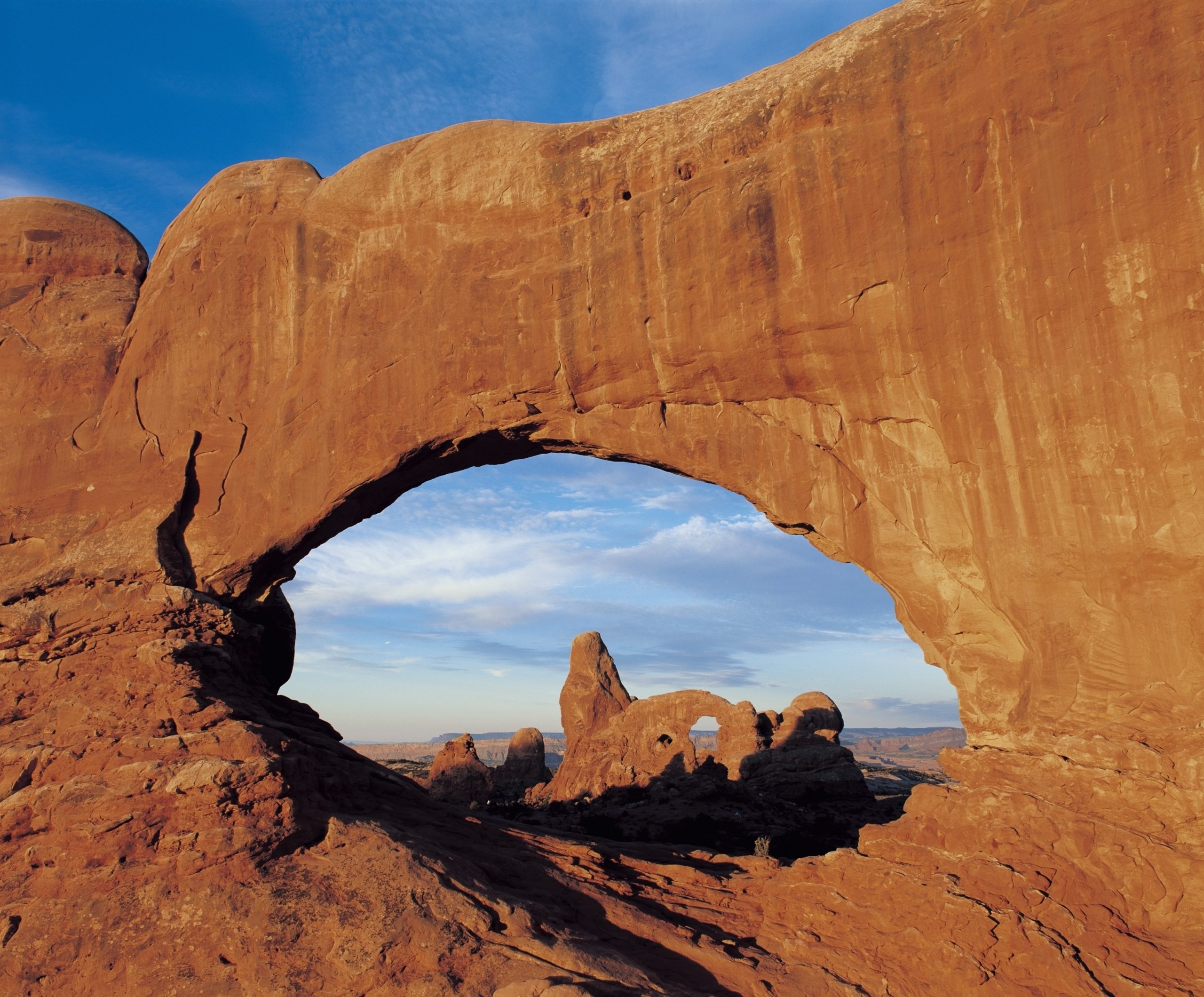 Utah online RN to BSN programs give working nurses a quick path to earn a bachelor’s degree and advance their careers. Utah ranks as one of the healthiest states in the US, in large part because of the clean-living philosophy of the Mormon majority. A faith that sets strict limits on drinking, smoking, sugar, caffeine, and drugs can have that effect. Utah is also one of the best-educated states, regularly ranking in the top 10 nationally – another key indicator of health. At the same time, Utah remains a largely rural state, and spread-out, often poor communities can create difficulties in healthcare access. In nursing and healthcare, much research is being done to learn how to better meet the needs of Utah’s people who fall through the cracks.

How We Ranked the Best Online Nursing Schools in Utah

To rank the best nursing schools in Utah for online RN to BSN programs, TopRN editors began with a thorough list of all nursing schools in the state. From there, we centered on schools offering a fully online or hybrid RN to BSN degree program, ranked based on Alumni Salary, Student Reviews, and Tuition Costs. This data (all weighted equally) came from College Scorecard, IPEDS, and Niche.

The University of Utah began in 1850, forty-six years before Utah was adopted as a state. The school holds the distinction as being the oldest institution of higher learning and the flagship university in the state of Utah. U of U’s 1,500+-acre campus is home to nearly 33,000 students studying for undergraduate and graduate degree programs offered by the University of Utah.

Westminster College’s School of Nursing & Health Sciences offers an on-campus Bachelor of Science Nursing (BSN) and a Master of Science in Nursing (MSN) degree program that has received accreditation from the Commission on Collegiate Nursing Education (CCNE). In addition, Westminster College offers a distance learning RN to BSN nursing program that can be completed entirely online. Westminster College’s nursing programs in Utah are recognized among the top institutions of higher education in the western portion of the United States. Students study in simulation labs, mock hospitals, and media-enriched traditional classrooms.

Westminster College is a private school that opened in 1875. The school has four schools — Arts and Science, the School of Business, the School of Nursing, and the School of Education. It was originally chartered as a Salt Lake Collegiate Institute, a prep school affiliated with the Presbyterian Church. The school’s Salt Lake City campus is home to nearly 3,000 graduate and undergraduate students.

Brigham Young University’s College of Nursing offers a Bachelor of Science in Nursing (BSN) degree program and, a Family Nurse Practitioner (FNP) degree that leads to a Master of Science in Nursing. BYU’s nursing degrees are offered from one of the nursing schools in Utah that has been accredited by the Council on Collegiate Nursing Education (CCNE). Graduates of the BSN degree program are eligible to take the NCLEX-RN exam offered by the National Council on Licensing. BYU does offer financial aid and potential teaching assistant positions for graduate students.

Weber State University’s Dumke College of Health Professions/Dee School of Nursing offers a Bachelor’s and Master’s Degree in Nursing either on-campus or through a hybrid delivery program. The university also offers a Doctor of Nursing Practice program using both program formats. The school is one of the Utah nursing schools with programs that have received accreditation from the Accreditation Commission for Education in Nursing (ACEN).

Utah State University opened in 1888 as a result of the Morrill Land Act. The school also holds the distinction as being a space-grant, land grant, research, and flagship university. Utah State University is considered the largest residential campus (with 20,000 students living on or near campus) on an institution of higher learning in the nation.

Utah Valley University’s Department of Nursing offers a Bachelor’s and Master’s Science degree in Nursing program that creates nurse professionals who have a pass rate of the NCLEX-RN exam of 97%. This is remarkable when one considers the national pass rate average is 85%. UVU also offers a Registered Nurse (RN) to Bachelor of Science in Nursing Degree (BSN) program that can be completed entirely online. UVU’s nursing programs in Utah typically require the completion of an internship or practicum experience. UVU is one of the few nursing schools in Utah accredited by the Accreditation Commission for Education in Nursing (ACEN).

Southern Utah University’s College of Science and Engineering/Department of Nursing offers an online Registered Nurse (RN) to a Bachelor of Science in Nursing (BSN) degree program that has received accreditation from the Council on Collegiate Nursing Education (CCNE). SUU is one of the Utah Nursing Schools that offers a distance learning option for a BSN degree. Many Southern Utah University nursing degree candidates belong to the Utah Student Nurses Association.

Western Governors University’s College of Health Professions offers a Bachelor of Science in Nursing (BSN) and a Registered Nurse (RN) to Bachelor of Science in Nursing (BSN) degree program that can be completed entirely online.  The university’s nursing programs in Utah have received accreditation from the Council on Collegiate Nursing Education (CCNE). WGU awards nursing scholarships to those students who apply and are eligible. WGU is a pioneer in the development of competency-based education methods.

Western Governors University started in 1997 as an all-online competency-based institution of higher learning. The institution of higher education was the brainchild of 19 governors gathered for a meeting of the Western Governors Association. Affiliate states include Indiana, Washington, Texas, Tennessee, Missouri, North Carolina, Nevada, and Ohio.

Dixie State University’s College of Health Sciences offers an on-campus Bachelor of Science in Nursing (BSN) degree program. Additionally, the school also offers an online Registered Nurse (RN) to Bachelor of Science in Nursing (BSN) degree program. All programs have accreditation from the Accreditation Commission for Education in Nursing (ACEN). In addition, the Utah Board of Nursing has approved Dixie State University’s nursing programs in Utah. Dixie State University offers a transfer credit policy that handles each situation on a case-by-case basis. Dixie’s nursing requires the completion of nursing clinical hours.

Dixie State University opened in 1911 and is one of the most diverse institutions of higher learning in the state of Utah. The school’s main 100+-acre urban campus is home to nearly 9,000 students. The school is part of the Church of Jesus Christ of Latter-day Saints and is currently a member school of the Utah System of Higher Education. The school’s Raging Red Show Choir performs through Utah and even in parts of Arizona and Nevada.

The Roseman University of Health Sciences College of Nursing offers a hybrid delivery option of a Bachelor of Science in Nursing (BSN) degree. Furthermore, the school has a Master of Science in Nursing Family Nurse Practitioner (MSN-FNP) degree program that has accreditation from the Accreditation Commission for Education in Nursing (ACEN). Graduates from the BSN degree program can take the NCLEX exam if they meet the other requirements of the exam. The MSN-FNP degree program focuses on a comprehensive perspective of the human condition, especially within the family practice realm.

The Roseman University began as the Nevada College of Pharmacy. The school operates with a student-centered education environment with a pharmacy curriculum that can be completed in only three years, rather than four years. The Roseman University of Health Sciences operates with several campuses in South Jordan, Jordan Utah, as well as Henderson, and Las Vegas, Nevada.

How Do I Become a Nurse in Utah?

Over the past several years, more and more students are choosing to enroll in nursing programs throughout the States. In fact, the State of Utah alone has had an increase of students enrolling in nursing programs at several colleges and universities. For instance, some colleges offer an RN to BSN degree program that makes it easier to continue their education progress to higher learning.

To become a nurse in the State of Utah, students should apply to an approved program that has accreditation from the NCNAC and CCNE. To be a Registered Nurse (RN), a student needs to pass the NCLEX-RN exam, after taking all the required nursing education classes. NCLEX-RN exam cost is about $200 to take. To maintain the license, Utah requires continuing education credits.

Normally it takes only about 18 to 24 months for just the RN Licensure. However, many students go on for their BSN degree, which is a four-year program. Basic prerequisites are chemistry, nutrition, and psychology. Nursing courses include human anatomy, genomics in nursing, human physiology, and health systems. Other classes include research and theory in nursing practice.

How is the Job Market for Nurses in Utah?

This is one of the best times for starting a career in the nursing industry. One reason is that Healthcare positions are booming with opportunities, and the demand for nurses is on a rise. There are many jobs in the healthcare industry throughout the state of Utah and hospitals encourage their employees to hire nurses that hold a BSN degree. Nurses that have earned a BSN degree are more equipped for the high-stress level that fast-paced emergency rooms may provide. However, those who have acquired just the RN licensure can still hold a position at a hospital while going for their BSN degree. In addition, there are several job positions for entry-level nurses to apply for within the nursing field.

Careers as nurse anesthetists, nurse midwives, nurse practitioners, or even EMT nurses are more available, due to the shortage over the past decade. The shortage can be due to the upcoming wave of retirees from the aging workplace, who in turn create more strain on the healthcare system, without sufficient numbers replacing them. On the other end of the age spectrum, school nurses are in high demand as well. According to an article from 2017 in the Salt Lake Tribune, while Utah’s school-age population is growing, budgeting for school nurses is not, leaving schools underserved. It states that school nurses are taking care of students six times the recommended workload. So, if you are interested in a nursing career, Utah is a great place to get started. Utah is also one of the least expensive places to live and a great place to raise a family.

How Much Do Nurses Make in Utah?

According to the BLS, the median average salary for Registered Nurses (RN) are around $71,730 annually. However, incomes may vary on location. For example, the average pay for Utah RN’s living in the Salt Lake area is around $58,160 per year, according to Glassdoor. This is well below the national average right now. However, for nurses with a BSN or MSN, the expected salary may rise to $73,050. Salaries in the nursing industry are also rising with more patients in need of healthcare. Geriatric nurses are one career path that really can use more Registered nurses. With the high demand for nurses in the state, the pay scale for nurses will continue to grow.

Your Nursing Career in Utah

That’s where nursing education comes in. Utah has some of the nation’s best nursing schools, but just as in every state, there is a growing shortage of qualified, bachelor’s-educated nurses. Online RN to BSN degree programs is critical to ensure that future generations of Utah nurses are well-trained. And that they have the best career opportunities possible. TopRNtoBSN’s ranking of the Best Online RN to BSN Nursing Schools in Utah is intended to show working nurses in Utah the way to programs that will make a difference in their lives, so they can make a difference for their patients.